Believe it or not, 12-inch vinyl albums are making a comeback! Goodwill is a great place to find those classic titles that you remember.

If you grew up in the 60’s and 70’s like I did, you saved up the money you made from delivering newspapers early in the morning to buy the latest album (or 45’s…remember them?) from your favorite artist. The Beatles, the Rolling Stones, Jimi Hendrix, Cream, Led Zeppelin  were some of my early purchases. And I kept every album I bought. Later, when working in radio as a DJ and newscaster, I had access to promotional copies and my vinyl album collection grew. During a stint at a country music station in the late 70’s, I got exposed to the music of traditional country artists such as Kenny Rogers and Dolly Parton and a few cross-over country/rock artists like the Eagles, Poco and Olivia Newton-John.

Below is a song from 1975 from Olivia Newton-John. Born in England, she and her family moved to Australia at the age of six. Her music career in the US started in the mid-1970’s which included a string of hits including “If Not for You”, “If You Love Me, Let Me Know”, “Let Me Be There”, “I Honestly Love You” and “Heart Attack” . This song, “Have You Never Been Mellow” became Newton-John’s second consecutive number one hit on the U.S. Billboard Hot 100 chart , topped the Billboard Hot Adult Contemporary singles chart and it peaked at No. 3 on the Hot Country Singles chart.

The record also received a Grammy nomination for Best Female Pop Vocal Performance. Olivia later earned a number of Grammys for her work on both the pop and country charts. She is still active in the music business and continues to tour the world and performing. In 2014, she did 45 shows in a row at the Flamingo Hotel in Las Vegas.

So, if you are looking for music that reminds you of days gone by, visit your local Goodwill to see what you can find. We are more than the store. 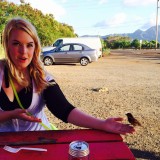 Melissa is Goodwill of DE’s social media aficionado. She has an obsession with sassy graphic design, glittery DIY projects, and most of all scouring local Goodwill’s for retro mid-century furnishings for her new house.

One Response to “Music Memories from Goodwill’s Vinyl Vault”

The Last Bookstore in LA has the largest collection of albums and records that I’ve ever seen. I still have a few dozen myself…unfortunately nothing to play them on!